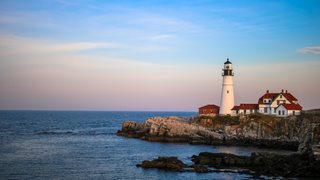 SOUTH PORTLAND, Maine (August 21, 2013) — Sales of single family existing homes in Maine rose by impressive double digits last month. According to sales statistics released by Maine Listings, Realtors sold 1,426 homes in July, up 31.31 percent from July 2012. The median sales price (MSP) increased 4.68 percent to $179,000. The MSP indicates that half of the homes were sold for more and half sold for less. Nationally, sales of single family existing homes were up 16.4 percent last month. The National Association of Realtors reported a national MSP of $214,000 a 13.5 percent rise in 12 months. Sales in the Northeastern U.S. jumped 20.3 percent, while the regional MSP increased 6.7 percent to $271,200

Bart Stevens, President of The Maine Association of Realtors, said, "Sellers have reacted strongly to buyer interest this summer, and have placed homes on the market at a steady pace. Homes that are priced according to the local market continue to sell faster than others who are 'testing' the market waters. Realtors educate sellers on properly pricing and staging their homes for the best outcome. Buyers continue to be price sensitive and want the fairest deal possible, and Realtors keep clients well informed of the choices available." Stevens, owner/broker with Century 21 Nason Realty in Winslow, reported that consumers remain optimistic and recognize the value of owning vs. renting. "Activity over the summer remained strong with b uyers from all price points," he said. "Fall generally represents a strong sales season here in Maine, and the market should move along at a comfortable pace." Below are two charts showing statistics for Maine and its 16 counties. The first chart lists statistics for the month of July only, statewide. The second chart compares the number of existing, single family homes sold (units) and volume (MSP) during the months of May, June and July of 2012 and 2013.