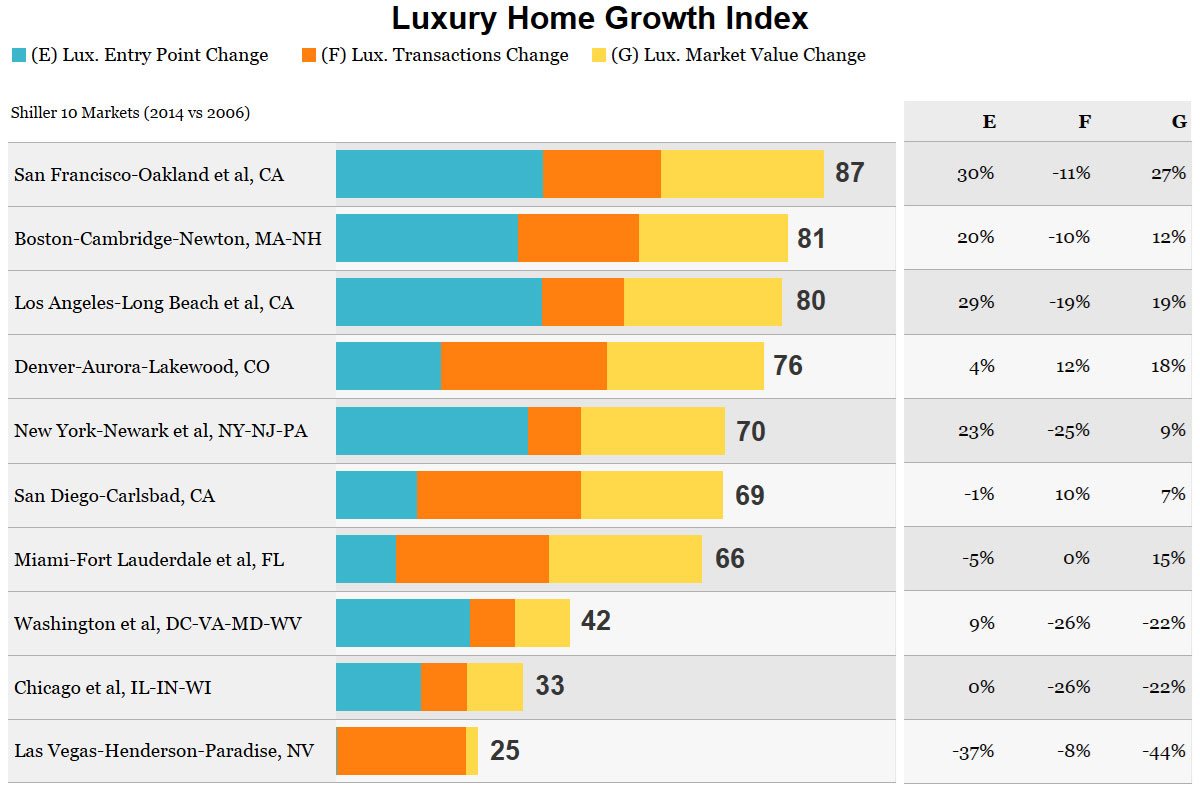 Boston's Luxury Market Grows to 2nd in the Nation

New York and L.A. get the attention, but Boston and Denver are rising in the U.S. luxury market

Second-tier metropolitan areas are making their way into the major league of U.S. real estate, showing some of the highest growth rates among luxury markets nationwide.

Denver and Boston rank with San Francisco, Los Angeles and New York in the latest realtor.com luxury home index, which analyzes the top 10 metro areas in the S&P/Case-Shiller Home Price Indices. The realtor.com index measures a marketâ€™s high-end growth and entry price, among other factors. 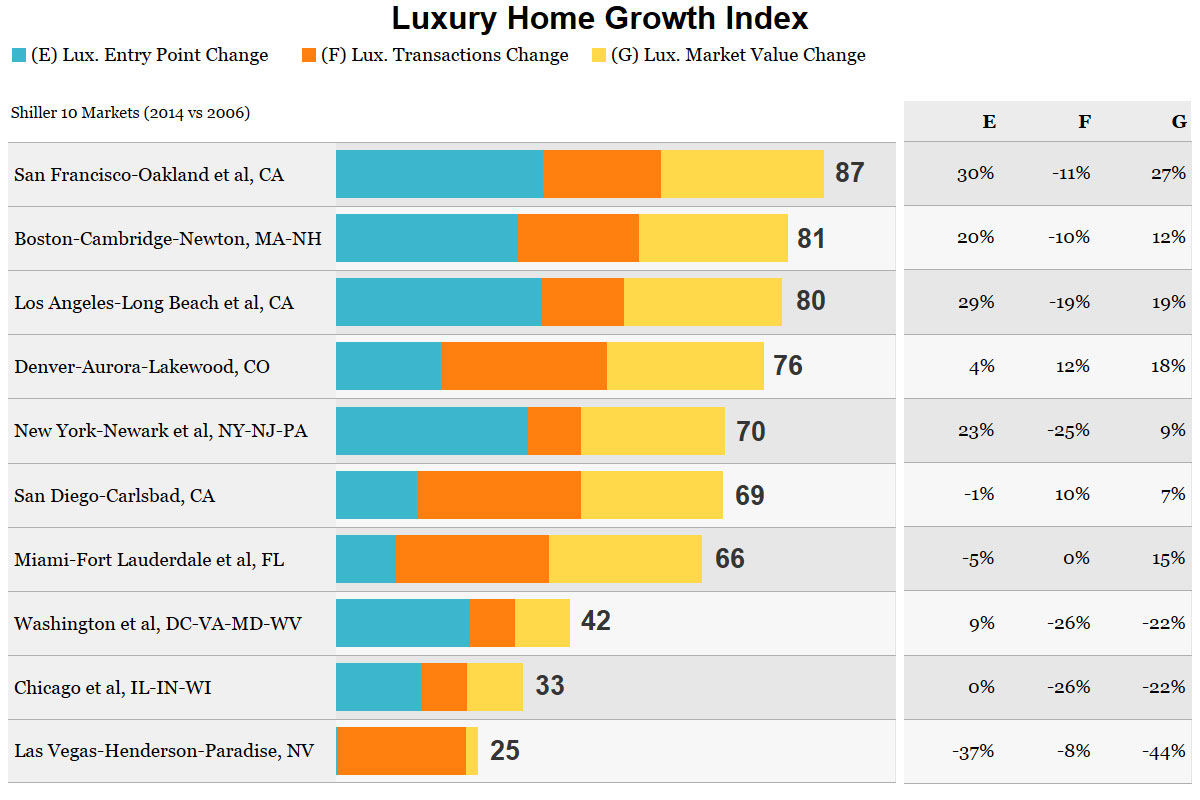 The Denver-Aurora-Lakewood area recorded some of the biggest growth rates. Its luxury market expanded by 18% between 2006 and 2014, reaching a total value of $3.2 billion, according to realtor.com. The Boston-Cambridge-Newton market increased by 12% over the same period, to $4.8 billion.

The realtor.com report uses 2014 as its last full year, and defines luxury as the top 5% of a market. (News Corp, owner of Mansion Global, also owns Move Inc., which operates realtor.com.)

Michael Harper, a real-estate agent with Coldwell Banker Residential Brokerage in Boston, attributed the areaâ€™s growth to an influx of wealthy millennials as well as baby boomers who raised children in the suburbs and now want to move to the city. These two set of buyers, Harper said, are competing for the same properties and driving prices up.

Harper recently handled the sale of an apartment at the Mandarin Oriental in the Back Bay neighborhood for $12.5 million, or $3,880 per square foot. The sale was reportedly the most expensive so far this year in Boston.

When the markets are measured by growth in volume of transactions, Denver takes the crown. The Denver area had a 12% increase from 2006 to 2014. Other markets, with the exception of San Diego (at 10%), experienced declines in the number of deals. In Miami, transaction volume was unchanged in 2014 compared with 2006.

Douglas D. Kerbs of LIV Sotheby's International Realty in Denver said the past years' increase in luxury properties has been fueled by a solid local economy and growing demand from people relocating to the city from the East and West coasts, particularly empty nesters and young families.

Kerbs identified Cherry Creek, Cherry Hill, Castle Pines Village and the downtown area as some of the most desirable neighborhoods in Denver.

The realtor.com index used 2006 as its baseline and 2014 as the last full year. While it shows the top 10 S&P/Case-Shiller, scores are calculated relative to the top 50 largest markets.